Not so hip in the Hauptstadt


Coming from Frankfurt, a city affectionately named ‘Bankfurt’ by many Germans, Berlin always feels intimidatingly hip. While I normally rub shoulders with the sharp suits of bankers on the U-Bahn, in Berlin it’s frayed denim waistcoats and high-waisted skinny jeans on nonchalant students. And while I’d like to think myself part of that effortlessly cool group, I fear I am far too mainstream to fit in.

Nevertheless, even though I might stick out like a sore thumb in their presence, I sometimes frequent the various hangouts of these hipster types, ordering a matcha latte or tofu burger in an attempt to fit in. I normally go unnoticed and they carry on their talk of their friend’s latest art exhibition or continue reading the current issue of whichever magazine happens to be ‘in’, while I lap up their immensely cool vibes and envy their exceedingly hip lifestyles.

On one visit, I happened to be staying in a hostel close to what is reputedly the hippest of hip establishments among this community: a nightclub called Berghain. At the time I was on an interrailing trip with a friend of mine; we were two naïve, nerdy types fresh out of school, ready to traipse across Europe in comfortable sandals, pac-a-macs and knee-length shorts. We figured we had nothing to lose in attempting to gain entry to the club, whose door policy is notoriously sporadic and impassable. As the heavily tattooed, leather-clad doorman looked us up and down with a somewhat bemused expression on his face, he must have thought that our socks and sandals and polo shirt attire was the tongue-in-cheek ensemble of two fashionable types (he could not have been more deeply mistaken), because – to our utmost astonishment – he let us in.

What followed was an eye-opening evening (and day – the last DJ set is scheduled for 8pm the following day…) of impossibly cool electro music in the company of ridiculously hip types drinking dubious concoctions and taking drags of goodness knows what. We, on the other hand, were thrilled to discover a secret ice cream stand in part of the club, and were perfectly content sitting on a swing whilst savouring our Stracciatella and taking in a multi-sensory experience like no other. We could not have been more out of place, though everyone was too absorbed in their own hip spheres to seem bothered.

That was four years ago. Now, as a more cosmopolitan, worldly individual, I figured I might as well fancy my chances again. So on a trip to Berlin with four English girlfriends, we donned our hippest outfits (bejewelled collars, plaid skirts, and a leather dress no less) and made for East Berlin, all secretly confident that we stood a chance of gaining access to Berlin’s infinitely cool community. It was a wet, dreary January night, and as we approached the warehouse building and noticed no queue for the club, our hearts skipped a beat: forget those stories of groups gaining no access, of the doormen being infamously unflappable – this was our moment, and the coveted entry would surely be ours for the taking.

With a well-rehearsed casual walk up to the door, I gazed at the doorman with my best poker face. And he gazed back with a look of equally well-practised amusement before shaking his head unambiguously. My heart sank. Off we plodded in our unappreciated Doc Martins and loafers, and despondently joined the queue for the club next door, which must do a roaring trade with the Berghain rejects still looking for a decent night out.

And so we swung from one extreme to another: the implausibly hip to the exceedingly mainstream. While the cool kids were rocking to electro beats, we entered to the soundtrack of ‘Cotton Eyed Joe’ and spent our night partying away to Cascada and the Vengaboys. Much as it pains me to say it, we fitted right in.

As we left the club in the early hours of the morning, it turned out that our quest to hang out with Berlin’s hipsters was not a complete disaster. There’s one area in which both the cool and the uncool share common ground, and that’s the midnight munchies. Standing in the queue for a much-needed greasy Currywurst, slightly worse-for-wear individuals of all sorts showed a mutual need for a sobering, stodgy portion of Pommes and ketchup. Standing on the platform of Berlin’s Ostbahnhof clutching a hefty Döner kebab whilst resisting the urge to fall asleep on a friend’s shoulder, I’d finally found a similarity with the cool types waiting for the same S-Bahn to take them back home. As I offered a chip to a hallowed hipster type who looked even more in need of sustenance than myself, my heart skipped a beat: I’d made it at last. It’s true – I never will be cool enough to party with the hipsters, but there are certain things that unite us all. And even if it was a mere French fry, I was happy with that. 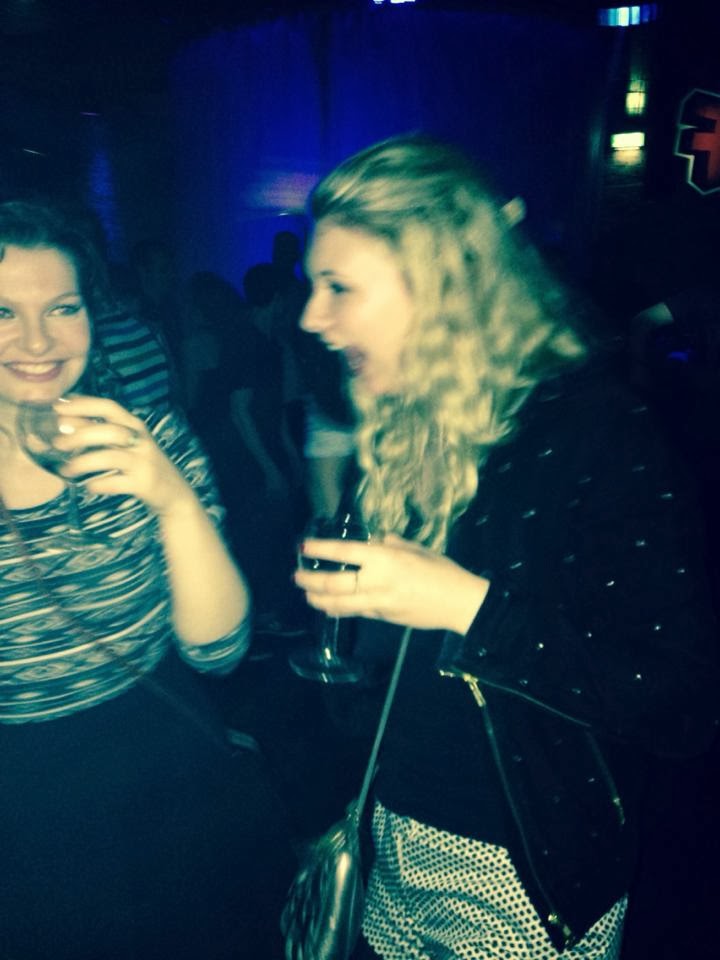