A few days ago I flew to Hong Kong, where I'll be spending the next five weeks as an English teacher as part of an OCEP summer camp.
I landed late at night in Hong Kong airport to a few surprises - a huge thunderstorm brought torrential rain and lit up the sky in shades of pink to rival that of the neon skyscrapers, and our dorm bunk beds are definitely designed for students that are considerably smaller than us who can handle sleeping on wooden slabs - but fell in love with the city straight away.
The first morning we caught the MTR to Diamond Hill shopping mall (every MTR station has its own HUGE shopping mall!) and had lunch with the local counsellors there, bypassing stalls selling whole battered birds (beak and tail still attached) and instead sharing some amazing dim sum, noodles, prawns and some slightly suspect boiled lettuce... We then went to Kowloon and did some exploring amid upmarket shops and gigantic skyscrapers before catching the Star Ferry, although unfortunately the weather was slightly overcast so we didn't get to see very far. 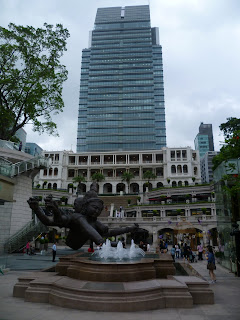 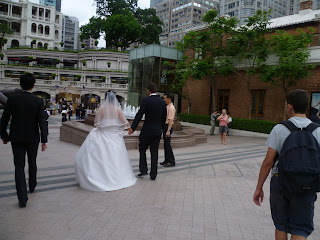 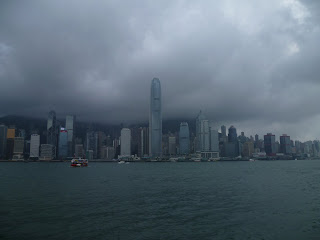 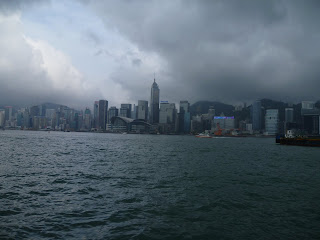 Everything is incredibly clean and efficient, and we are all particularly enamoured with the 'Octopus' cards they use here, which are like Oyster cards except that they also work at vending machines, supermarkets and even in restaurants, so you hardly ever have to pay with cash.

We had dinner at a restaurant in Star House with spectacular views of Kowloon, although when we ordered a whole duck we were slightly surprised that they cut off the skin for you and only serve you that! We then went to the top of Star House to watch the 'symphony of lights' show across the skyscrapers before making a cheeky trip to the Marco Polo hotel to use their rather posh toilets! 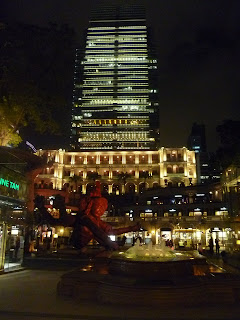 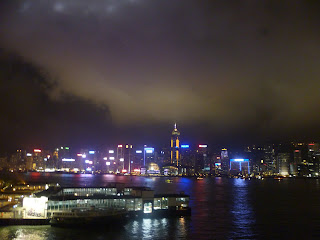 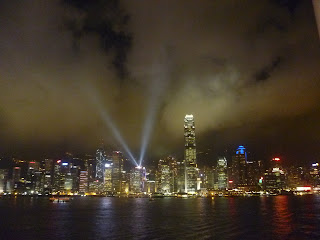 The following day brought a number of interesting food discoveries of varying degrees of success - bubble tea and frozen yoghurt are fantastic, although we're slightly less enthusiastic about the fish balls and soups with names such as 'duck tongue dried scallop hedgehog cabbage pork leg'... Eventually we shamefully resorted to McDonald's, although in hindsight, given that the food we are served here in the college is strictly vegetarian, getting our fill of Big Macs while we could was actually a very good idea indeed! 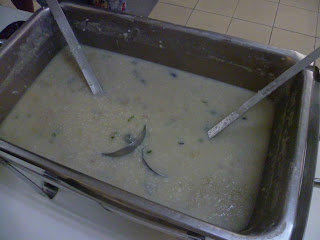 Delicious breakfast offerings - congee with pieces of duck egg floating enticingly in it...
The following day we took a cable car to see the Big Buddha and Po Lin Monastery in Lancau. However, our enthusiasm waned a little once we learned that it was actually built in 1993! 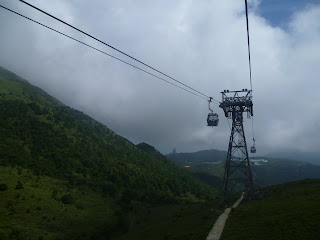 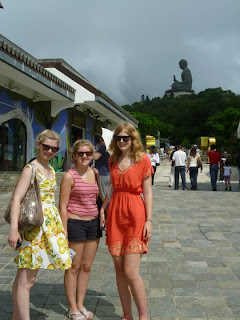 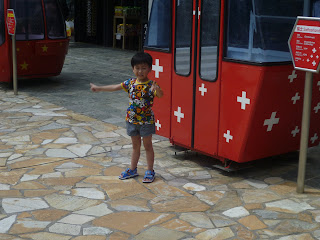 One of many impossibly cute children we've fallen in love with! 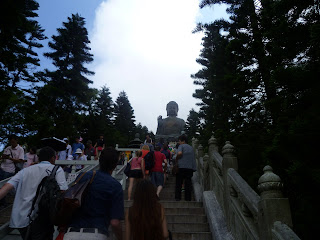 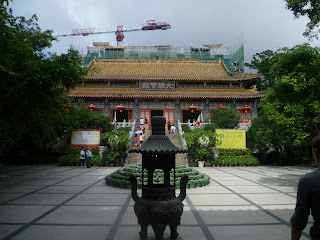 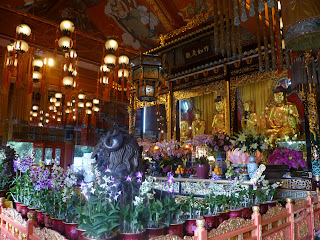 That evening we went to watch some Chinese opera, although the clanging music was quite a shock to the sounds our Western ears are attuned to! 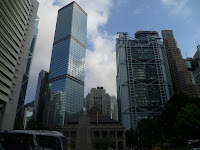 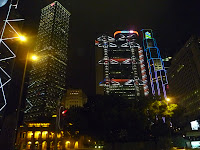 Skyscrapers by day and night
We've even had time to make some new friends... 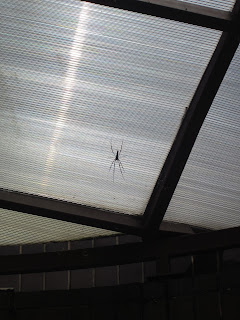