In defence of Sex and the City…

On Friday my mum and I were accompanied by my stepdad (who was, admittedly, almost the only man there) to a charity premiere of Sex and the City 2. Despite being a Sex and the City devotee, I must admit that I had my suspicions after reading slating press reviews. Nevertheless, we joined legions of other eager women, all of whom had dressed up in fabulous outfits for the occasion, for cosmopolitans in the bar accompanied with canapés served by topless waiters (!!!) before sitting down for the film itself.

Sarah Jessica Parker at the Sex and the City 2 premiere in New York. I love the flowing, lemony, chiffony gown.

Admittedly, the film doesn’t engender critical success. It lacks plot, the screenplay is unimaginative and the acting isn’t exactly flawless. But is that really what those hundreds of stiletto-clad women had come for? Of course not. Everything women love about Sex and the City – the outfits, the affairs, the trauma – was lathered on as liberally as Samantha applied her yams. We lusted after Samantha’s Birkin, fell in love with Mr. Big all over again, and longed for an beach holiday in Abu Dhabi (even if it was filmed in Morocco…). We took Samantha’s enduring promiscuity and Stanford’s eternal effeminacy with a pinch of salt. Everyone knows that Sex and the City doesn’t represent reality – not all women can afford the quartet’s clothes and sleep with every other guy they come across – but films are about escapism, and we get a kick out of watching other people living out our hidden fantasies or embarrassing themselves in situations inaccessible to us in everyday life. 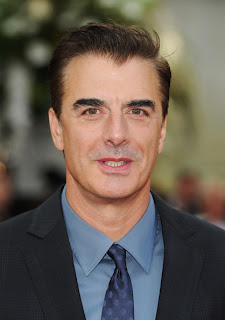 Nevertheless, the film does tackle some of the issues that face women as they look for their own Mr. Big or approach the dreaded menopause in their own lives. Carrie’s marriage is at times far from idyllic. Miranda struggles to juggle work with domestic life. Charlotte is exasperated by her children. Even if these issues are given a Sex and the City spin (Charlotte’s crisis is abated by the arrival of a braless, busty nanny; Big puts the ‘sparkle’ back into the relationship through a black diamond ring), it is comforting to know that these concerns are shared by hundreds of other women. As we laughed and cried together in the cinema – women of all ages, races and backgrounds – we were united by our love for those Sex and the City girls. And regardless of critical acclaim, we had fun – so in our eyes at least, the film was most definitely a resounding success. 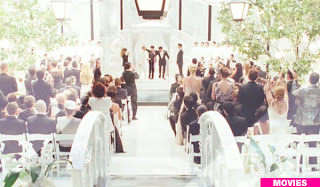 I don't care if it was a gay wedding. There were SWANS.

EDIT: Since writing this post, I have come across Jackie Ashley's excellent response to the criticisms of the film. Atta girl. http://www.guardian.co.uk/commentisfree/2010/may/31/sex-city-male-female-fantasy

After years of stalking other bloggers, poring over countless posts and gushing at the accompanying photographs, I have decided to jump on the bandwagon and try my hand at the seemingly proliferating social phenomenon of blogging… Though the quality of my prose and the sharpness of my wit cannot feign that of the elite hardcore whom I admire immensely, hopefully my ramblings might be of limited interest to the occasional passer-by. So without further ado, I somewhat anxiously unveil English Rose!
Posted by Rosanna at 07:40 No comments: