What I owe EUYO

Touring with the European Union Youth Orchestra this summer taught me some valuable lessons:  Sleep is a precious thing. Gin is an even more precious thing. And above all, Europe’s young musicians are one of the most precious things possessed by our continent.


EUYO is an organisation like no other. It brings together the finest young musicians of the EU’s 27 member states and offers them the opportunity of living and working together whilst giving concerts across Europe. The range of cultures, backgrounds and circumstances is vast – and yet when they play together, their harmony is magical. 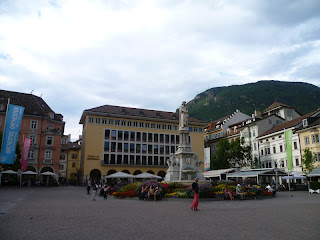 As intern, my role was to help ensure that this well-oiled vessel ran as smoothly as possible. Considering the diversity of the orchestra, this is no mean feat. At dinnertime, the Italians arrive late, the French complain about the quality of the food, the Spanish complain that there is no wine to accompany the food, and the Irish have probably gone straight to the pub and won’t show up at all. One must make sure that the Dutch clarinettist who is allergic to broccoli, haddock and kiwi fruit has been catered for, and that the brass section does not commandeer all the sausages before the rest of the orchestra has had its share. The kitchen staff protest that our musicians are helping themselves to the salad buffet, which is strictly for other hotel guests only. As I attempt to ward off the sneaky pickers, a Portuguese trombone player turns an alarming shade of puce and his face begins to swell up – his acute macadamia nut allergy has been overlooked, and he requires urgent medical attention.


Culinary crises are just the tip of the iceberg: having spent hours drawing up rooming lists for each of the numerous hotels where the orchestra stays during the tour, a French flautist decides that, after a week together, he cannot tolerate the sleep-walking of his Bulgarian bassoonist roommate and asks to change, whilst a Hungarian trumpeter asks if his new-found love interest, a Swedish violinist, might be able to share his room. A few days later, the aforementioned Swede enters the office in tears – it transpires that our Hungarian hunk has moved on to a Czech cellist... 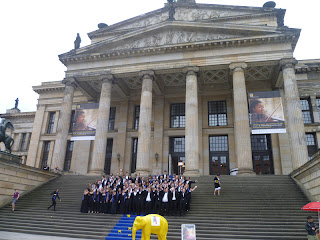 It’s not just the orchestra members who present such challenges. The Romanian ambassador shows up unannounced at a concert and expects tickets not only for himself, but also for his twenty-strong entourage – the seating plan must be rapidly reworked. Then the Belgian consul arrives, and refuses to sit anywhere near the Austrian party, on account of an obscure affair which took place several years ago. No questions are asked; the seating plan is frantically scrubbed out once again, and fresh efforts made to accommodate the change of circumstances. All of a sudden there’s an almighty commotion – the Queen has arrived, and the oboist who was due to greet her has lost his reeds, so a replacement must be found immediately. Ah, and Her Majesty doesn’t get along so well with the Finnish ambassador, so can this also be factored into the seating arrangements? And you haven’t forgotten that the Minister for Foreign Affairs will be arriving ten minutes late? Good. Surely that can’t have been the five minute bell? Why are we flying the Hungarian flag at a concert in Italy? Are we even in Italy? Or was that yesterday’s concert? Keep calm, breathe, and if you can’t smile then at least show your teeth. The show must go on.

And go on it does – invariably to rapturous applause and rave reviews. Considering the obstacles that the orchestra must overcome in order to arrange, fund, and ultimately perform at concerts, it pulls it off sensationally well. To organise the concert, considerable trust must be placed in the hands of agents whose limited English is cause for slight concern (“You want double bass? Send me photo, I make happen”). Finding the money to finance the orchestra demands a delicate balance between relentlessness and charm (“Monsieur Le Benefacteur, we are delighted to present you with a bow tie styled in the design of the EU flag, to remind you of your ongoing commitment to supporting the orchestra…”). As for the logistics of transporting 130 musicians and their instruments across Europe, I have never known walkie-talkie communication between buses on an Autobahn to be so slick (“Come in Bus 4? Bus 4, are you aware that a music stand is balancing precariously on the roof of your vehicle?”) The staff work tirelessly to ensure that the tour runs as smoothly as possible, and I have enormous respect for them all. 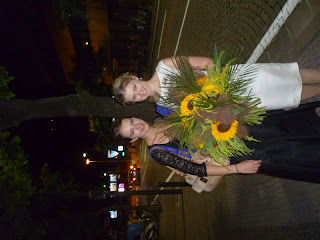 As for the players, quite apart from their unparalleled musical talent, EUYO could not be so remarkable without their co-operation and apparently limitless enthusiasm. After three consecutive days of 7am bus loads, someone remembers that a certain Estonian percussionist was last seen skinny dipping at sunrise, so his colleagues use their initiative to embark on a search party to retrieve him (happily he was found, although his trousers are yet to be recovered). A Slovenian horn player leaves his concert dress behind at a hotel, and is rescued by a benevolent but broad Belgian trombone player who can lend his suit and shoes during the pieces in which he does not play (even if they are twice his size). Admittedly, there was the one occasion when it was realised that a Latvian tuba player was last seen in the toilets at a service station 100km ago, as well as the unlucky incident of the horn section’s spirited practising setting off the alarms of a nearby bank, and the unfortunate timing of a local firework extravaganza coinciding with an outdoor chamber concert, but on such a long, expansive tour, it would be ridiculous to expect everything to run without a glitch.


Indeed, in my opinion, the orchestra’s solidarity during these moments of difficulty is what makes EUYO truly exceptional. I can’t pretend that I was the model intern either – attempting to garner half an hour’s sleep before my final 5.30am departure very nearly resulted in a missed flight home. I’d like to think that it wasn’t my own mistake, but rather karma telling me how much I’d miss the hustle and bustle of tour. When I got home, I slept for about a week, then woke up ready for another 7am departure with a bus full of sleepy musicians. At least they snore in tune.
Posted by Rosanna at 11:23 No comments: