I arrived in Metz expecting nothing special. A family friend had warned me that it’s a “rather industrial” place, and it’s twinned with an equally industrialised city near where I live, which is, I have to admit, not the most exciting of destinations.


My first impressions seemed to confirm this view. Stepping out of the train station, I was greeted by a sprawling construction site of new apartment blocks and numerous roadworks. But, a little further to my left, a fresh contrast: the new Musée Pompidou, an expanse of white peeping out amidst the concrete jungle, and the first of many surprises to come. 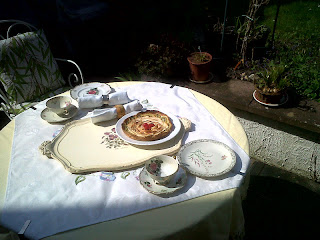 The sun was shining and I was determined to see the brighter side of things. My host, Jacqueline, had prepared a delicious goûter of tarte aux pommes and jasmine tea, and we chattered away in the sunshine. That evening, she drove me around the town, pointing out beautifully-lit churches and monuments. Either the darkness had dimmed the ‘industrial’ elements I had been warned about, or there was far more to the city than I’d anticipated.﻿﻿ 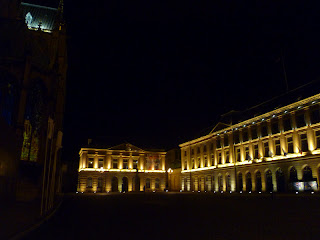 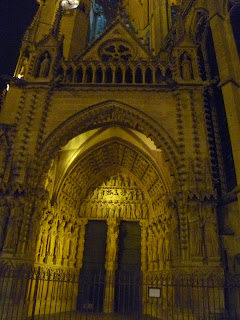 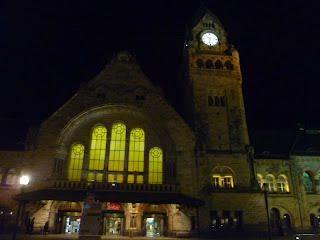 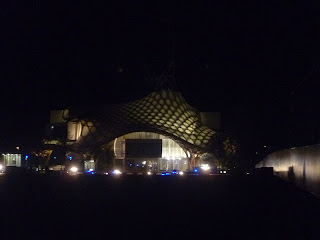 The following day we ate lunch at her mother’s apartment. As we sipped Normandy cider – ‘le champagne de la région’ – and delved into a wonderfully gooey quiche Lorraine, I barely noticed that it overlooked a number of train lines. Far more interesting was the company: at 96 years old neither her mother’s wicked sense of humour nor her appetite showed any sign of diminishing; she wiped her plate with a chunk of crusty baguette and remarked that the local patisserie has gone drastically downhill since the son has taken over from his father: “il est paresseux, cet homme!”

As my stay drew on, it was the traditions and the people that warmed me most of all to the city. That evening Jacqueline invited friends over for a dinner of raclette and tarte aux mirabelles (the little plums are a speciality of the region and are found in all sorts of dishes), followed by singing traditional folk songs around the piano. The next day one of her friends came back for lunch, and aired her caustic opinions on the candidates for the upcoming election whilst Jacqueline gave me knowing winks from across the table. That evening another friend invited me to her apartment for a feast of countless tarts and petits gateaux, swearing that she really was no cook. And the following day we came home to a huge gateau and selection of madeleines that she had left on the doorstep, so that I could taste the true cuisine of the region.

Gastronomic pleasures aside, Metz also offers its fair share of things to see and do. The Centre Pompidou presents regularly changing exhibitions, the Musée de la Cour d’Or offers 3.5km of local history to discover, and the humble abode of Robert Schuman, ‘père de l’Europe’, attests to the modesty of the local people. Venture into nearby villages and there are endless streets to wander and churches to stumble upon, or stay in the centre and marvel at the incredible height of the cathedral, if you’re not dazzled by its colourful stained-glass windows. 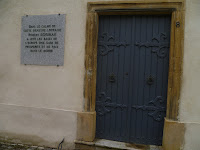 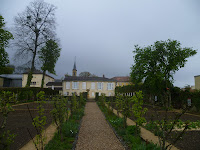 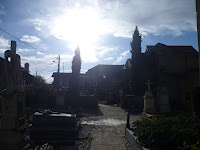 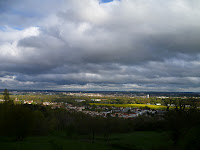 Churches and views in Lessy 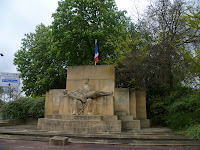 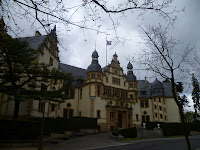 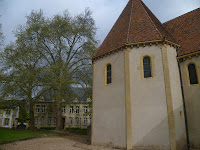 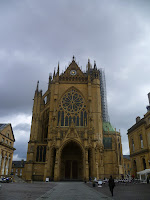 Metz might not be the most beautiful place in the world, and neither does it entertain any pretensions of being so. Nevertheless, its people are among the most friendly and down-to-earth that I’ve met on my travels, and its little gems really do glitter. Travelling presents its fair share of overwhelming experiences, but my memories of Metz will always bring me back to the warmth with which I was welcomed there. I left knowing that there are many more ruins to be discovered, gateaux to be tasted and stories to be told – but I’ll leave that for someone else.
Posted by Rosanna at 08:21 No comments: