The Wurst year of my life

I have just returned from a year spent in Germany – a year during which I consumed unparalleled amounts of sausage, dressed in some ridiculous outfits, raved all night to techno music, learned to enjoy beer, and fell in love with a nation. Here are some of the most memorable moments.

The majority of my time in Deutschland was spent working full-time in the Private Wealth Management division of a well-known bank – whose decision to employ me proved all the more remarkable when I discovered that my name in both its forms (Rosanna, or Rosie for short) are the names of notorious prostitutes in Germany, who have been immortalised in conveniently catchy songs to ensure that the stigma attached to these names shall never fade. Considering that I was expected to email high-profile clients on a daily basis, the firm’s decision to employ me was my first, somewhat fortuitous, example of the accepting, forward-thinking nature of contemporary German society.

Having settled into the job, it was time to find a place to live. When I came across a house shared with sixteen lovely people, the small matter of having a rather eccentric landlady who insisted I paid my rent in cash in the shisha bar down the road didn’t bother me all that much. However, she did have a slightly bothersome habit of practising her ‘street English’ in email exchanges with me, in which she would begin messages with phrases such as ‘Hey bitch!’ and ‘Yo slut!’, something which was, regrettably, alerted to the attention of the Compliance division of my brand new job. Fortunately, the open attitude of my peers and superiors salvaged me again – in fact, their patience proved inexhaustible in my case, only mildly chastising me when I attempted to send bags of gummy bears to colleagues in the London office via internal mail. Following my first visit to the staff gym, during which I had the misfortune of entering the sauna to be greeted by a senior colleague sat there completely naked, I considered myself fully integrated in the German working world.

Outside of work, I embarked on cultural activities with gusto. I donned a Dirndl and went to Oktoberfest, and discovered it is possible to drink vast quantities of beer from dawn to dusk (just try to ignore the constant, chronic urge to go to the toilet). During the Christmas markets, I resigned myself to the necessity of consuming mulled wine at regular intervals in order to keep warm – the steadily increasing levels of drunkenness that accompany this obligation being only a minor side effect. And in Cologne, as I sat on a bus wedged in between a middle-aged man dressed as a bumble bee and an older woman in a unicorn costume on their way to the Karneval parades, I cherished the thought that fancy dress parties needn’t be confined to childhood memories. 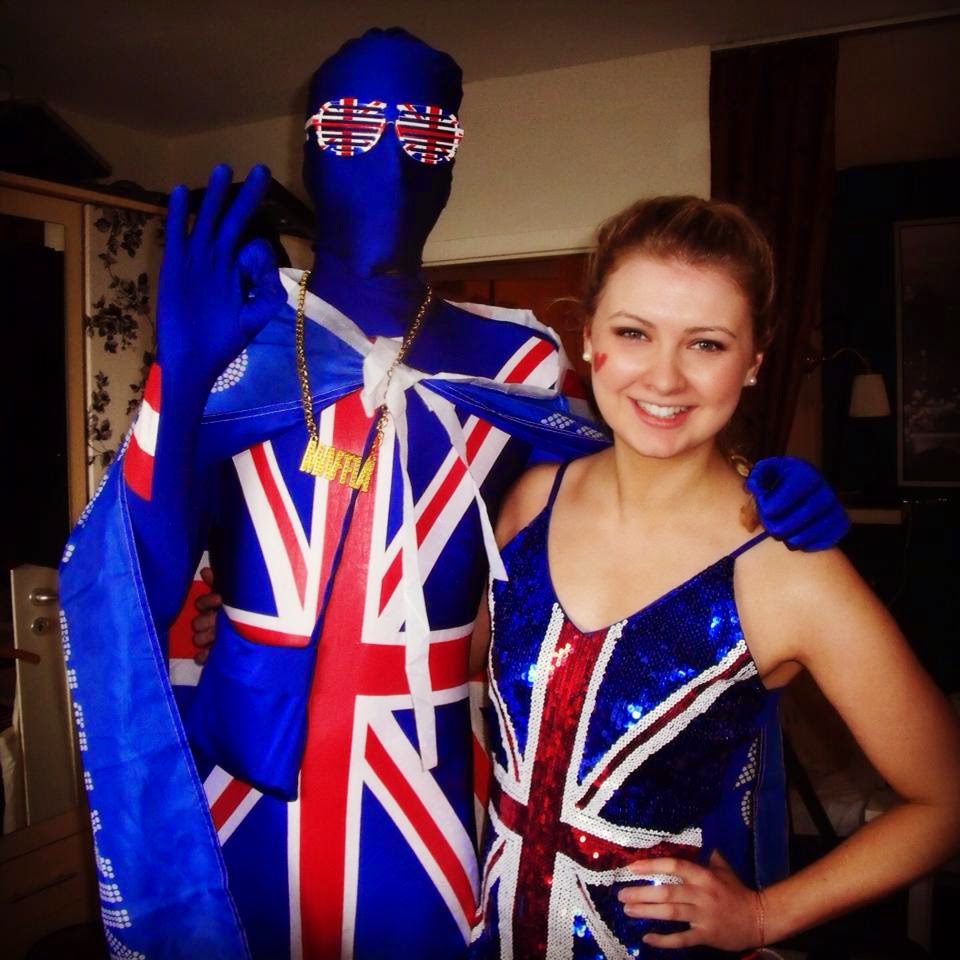 I even began to assume a number of German habits: at work I weaned myself off the procrastination pleasures of the Daily Mail news feed; subsequently, my efficiency surged at a quite remarkable rate. I soon adapted to the Sunday closure of shops, only encountering a few initial teething difficulties when I forgot to purchase toilet roll on a Saturday and, through desperation rather than intention, immediately befriended my neighbours who took a kind of bemused pleasure in providing me with emergency supplies. I even came to master the ‘Pfand’ system of returning bottles for cash, hitting the jackpot each time my house hosted a party – one time I even collected enough to pay for my weekly shop! (This was, of course, no reflection on the quantity of Bitburger and Riesling consumed in our household.)

Aside from alcohol, food is undoubtedly one of Germany’s finest features. The staff canteen churned out a dependable supply of stodgy delights such as pizza meatloaf and (a personal favourite) cornflake-crust Schnitzel, and my sweet tooth reached levels of euphoria when rice pudding, pancakes and giant dumplings with custard were served up as main courses. I did, of course, return from Germany looking wonderfully svelte and radiant.

As time went on, the Germans seem to warm more and more to this inappropriately-named expat, and I found myself in the unforeseen situation of embarking on an alternative modelling career. I was asked to participate in a modern art exhibit involving young women dressed in white headdresses, silver corsets and floaty skirts wandering around a room in an alternative interpretation of ‘The Divine Comedy’, which was filmed and can still be seen in Frankfurt’s Modern Art Museum. A few weeks later, fresh from my modelling debut, my personal trainer asked if I would mind posing for some photographs to advertise their EMS (Electrical Muscle Stimulation) service, which involves being covered in straps which are plugged in so that electric currents can be used to exercise your muscles. The diversity of my modelling portfolio is, in my humble opinion, already quite commendable. 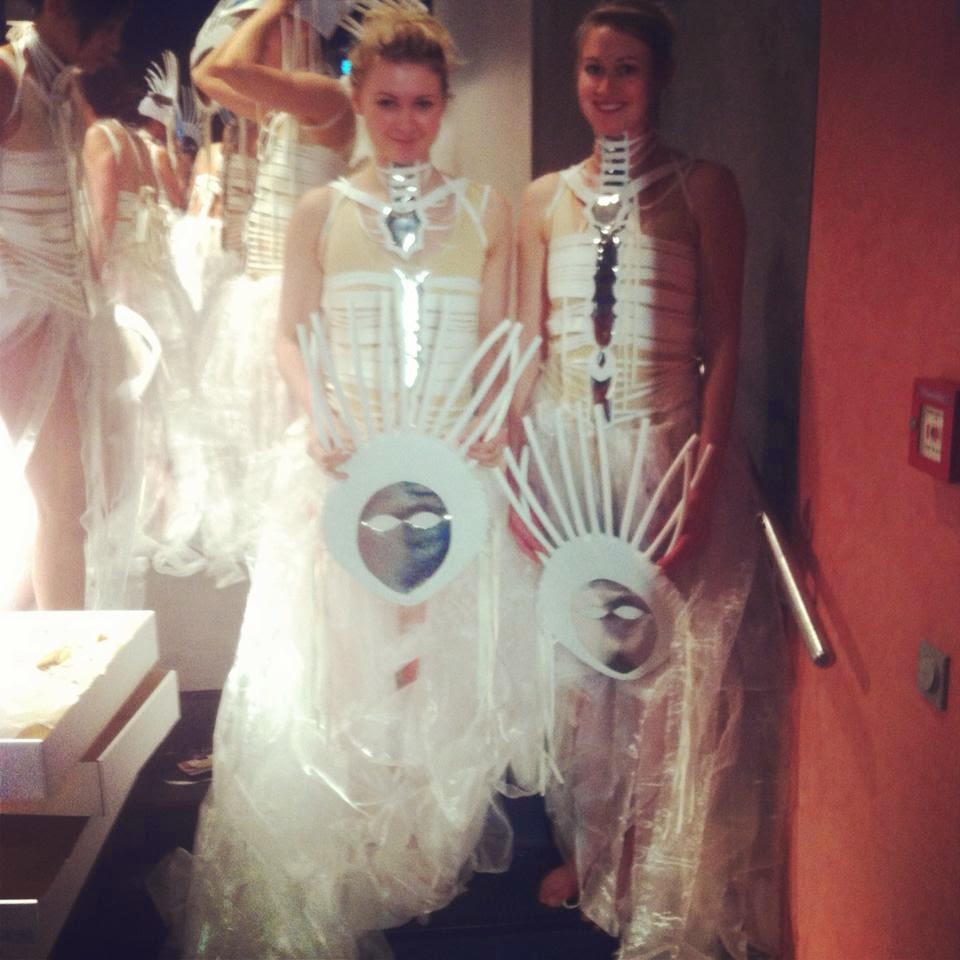 Before I knew it, my time in Germany had flown by quicker than you could say ‘Prost!’. As my experiences confirm, it was a time of varied degrees of hilarity, humility and, most of all, happiness, feelings which culminated in the euphoric 7-1 World Cup semi-final victory that coincided with my final evening in the country. I left filled with amazing memories of the friendships I had made, the places I had visited, and the lifestyle I had experienced – a sense of admiration for a country whose brilliance was confirmed when the national team emerged victorious a few nights later.
Posted by Rosanna at 14:50 No comments: