If you sink your teeth (yes, the puns are back with a vengeance) into the trends of 2010, you might notice that the gap-toothed look really came into vogue. We’d outgrown redheads (Lily Cole) and big eyebrows (Natalia Vodianova), and a new generation of dentally different models made their way onto the scene. (The Guardian and Australian Vogue were quick to pick up on the trend.) 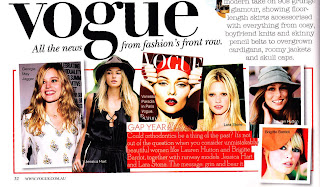 And yet, despite this being another trend that stands against perfection, I still can’t help thinking that, if I were to attempt to rock it (and astonishingly enough, some people have actually paid to have dentists alter their teeth accordingly), I just wouldn’t hack it. Far from having a sexy pout a la Brigitte Bardot, I’d probably end up grinning like the geeky kid at school before they’ve been taken care of by an orthodontist.
That’s the thing with these supposedly low-maintenance, ‘anti-perfection’ looks. Whilst for some – in this case, Georgia May Jagger, Topshop model Ashley Smith and Lara Stone – they look amazing, the rest of us desperately attempt to emulate the style, and (in my case at least) inevitably end up looking ridiculous. When I tried messed up, ‘morning-after’ hair, I looked like I’d been dragged through a hedge backwards. My au naturelle eyebrow endeavour resulted in a comical monobrow that forced me to seek out my cast-off tweezers within days. And when I attempted to discover my own individual style, I was met with bemused looks and asked why on earth I was wondering around town with a ‘’ badge on my coat. (And to be honest, I didn't really know myself.) 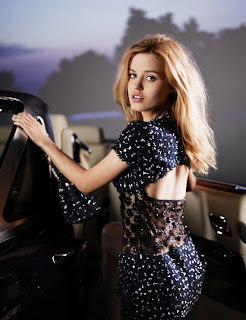 Georgia May Jagger for Chanel Cruise 2010-11 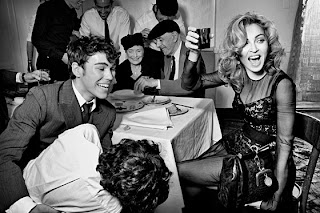 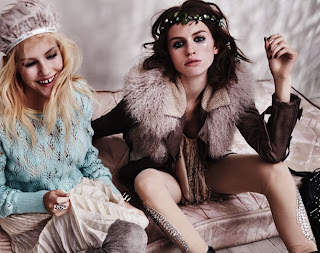 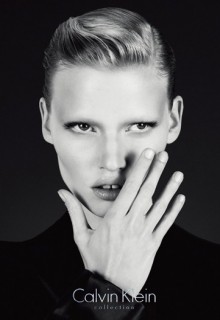 Lara Stone for Calvin Klein Collection Autumn/Winter 2010
The trouble is that some of us just aren’t cut out to look cool. Edginess is, I’ve decided, something you’ve got to be lucky enough to have, and it's simply not possible for me to look fashionably unique. Whilst some people denounce trends as conformist and unoriginal, for those of us who aren’t brave enough to make bold style decisions, they at least provide some direction amidst a mind-boggling array of clothes on sale. I might not have trendy teeth, hip hair or edgy eyebrows, but I can at least take some comfort in knowing that my new season camel coat has got Vogue’s seal of approval. Still, my absent individuality comes at a price – alarmingly, I’m beginning to notice increasing numbers of people out in the very same coat as me. Perhaps I should go back to my leprechaun coat after all. It might not be very cool, but at least it’s nice and warm.
Posted by Rosanna at 11:57