Diaghilev and the Golden Age of the Ballets Russes

A few days ago I went to the ‘Diaghilev and the Golden Age of the Ballets Russes’ exhibition at the V&A with my dad, and it was fascinating. I had no idea of the huge scope of the Ballets Russes – Diaghilev united the most prominent figures from all aspects of the arts, from the music of Stravinsky, Prokofiev and Debussy to the artwork of Matisse and Picasso and the choreography of Balanchine and Lifar. There was so much to take in at the exhibition that a blog post alone could never do justice to quite how prolific the Ballets Russes was, and for the purposes of this post I am going to focus on some of the costumes that were exhibited, but they really are only a minor representation of the diverse output initiated by Diaghilev.

Léon Bakst created some of the first costumes for the company, which were oriental in style. The costumes inspired French couturier Paul Poiret, who threw lavish fancy dress parties for his friends: 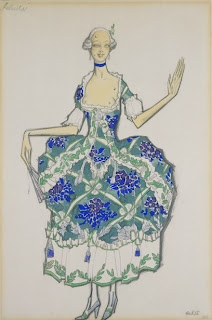 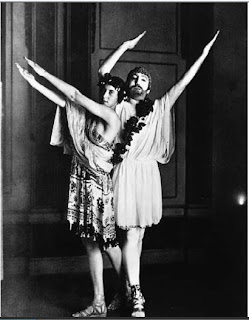 Top: Bakst's design for 'Felicita' in Leonide Massine’s ballet 'The Good Humoured Ladies', 1917Bottom: Poiret and his wife in costume for their 'Les Festes de Bacchus' fancy dress party. They seem like quite a hip couple, if ever I saw one.
Natalia Goncharova used wonderfully vivid colours in her set and costume designs. The backdrop for ‘The Firebird’ (1926) is the largest single object that the V&A owns, and the vibrant colours are incredible: 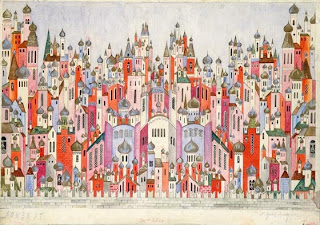 Having always regarded Pablo Picasso solely as an artist, it was interesting to see that he designed costumes for the Ballets Russes' production 'Parade' (1917) that reflected the Cubist style of his artwork: 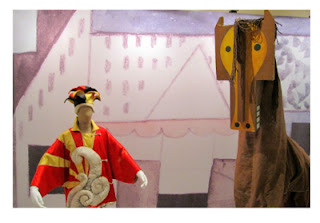 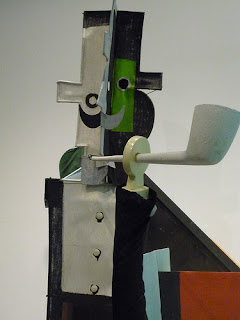 ﻿﻿ Quite how the dancers actually managed to move in these costumes is, however, beyond me.
Larionov Chout’s costumes for ‘Chout’ and Matisse’s for ‘Le Chant du Rossignol’ were also Futurist in style: 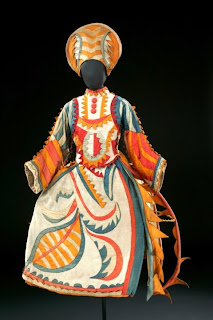 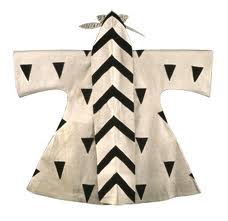 Top: Chout's costume for the Buffoon's Wife in the ballet 'Chout'
Bottom: Matisse's 'Costume for a Mourner', c.1920
﻿﻿
I absolutely love Giorgio de Chirico’s costumes for ‘Le Bal’. The black outlining makes them look as if they could come from a comic strip, maybe? 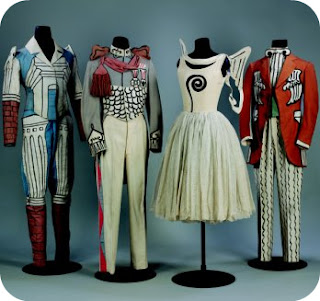 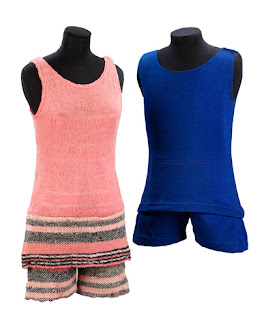 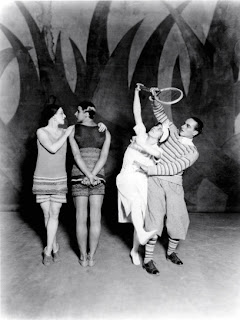 The Ballets Russes didn’t only involve artists of its own time, either. The movement has subsequently inspired many artists – Yves Saint Laurent even launched a ‘Ballets Russes collection’ in the 1970s: 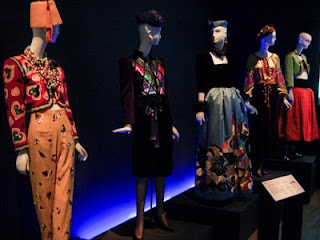 As I said earlier, to regard the exhibition in terms of fashion alone would be incredibly short-sighted – the costumes were only one of a multitude of facets embraced by the Ballets Russes. However, it’s fascinating to know that the man who inspired such incredible work from the many of the greatest creative minds in the field of fashion was – despite his extravagant lifestyle – so broke that it is reported that he had holes in his shoes. Fortunately Diaghilev’s dancers were privileged enough not to share a similar fate with their pointe shoes…
Posted by Rosanna at 09:25